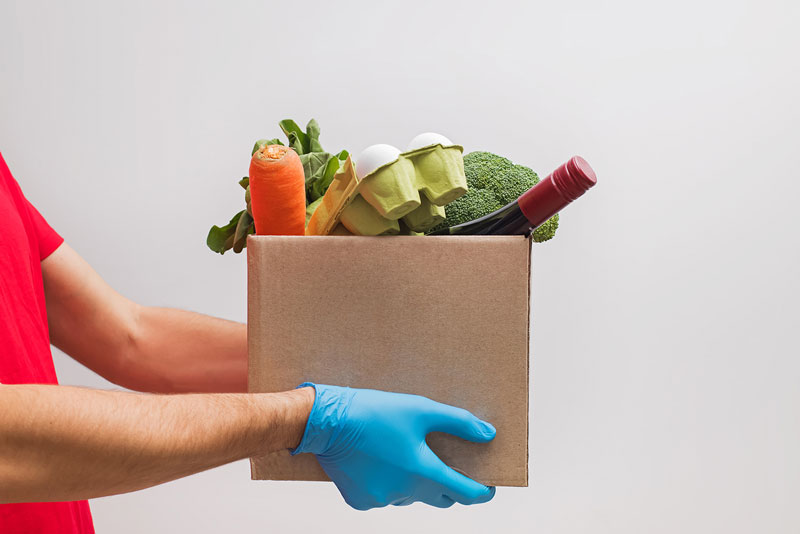 The Purpose and Power of Nitrile Gloves

Before nitrile examination gloves were invented, doctors and nurses had no protective covering for their hands. Disposable gloves started with one man’s vision to help his wife prevent rashes from developing on her hands when they were in surgery. In 1889, Dr. William Steward Halstead noticed that his nurse, and later wife, Caroline Hampton, developed rashes from the chemicals she handled. In need of a solution, Halstead reached out to the Goodyear Rubber Co. who created rubber gloves for her hands. This was such a success that eventually his entire surgical staff wore gloves during operations.

By 1992, with HIV on the rise, employers were required to provide personal protective equipment, including disposable gloves, to employees to avoid skin contact with bodily fluids. At this time, latex gloves were the primary disposable glove available. Latex gloves offered a natural fit and feel. However, as their usage increased, demand also increased and prices rose. As prices rose, so too did the need for a lower cost alternative, which led to the creation of vinyl gloves. Even though this was a cheaper alternative, the fit and grip were compromised.

During the mid-1990s, the use of disposable gloves became a common staple in an increasing variety of everyday applications. However, one of the largest problems was that no glove on the market was compatible with petroleum based products. To address this, a synthetic material with a stronger overall chemical resistance, able to withstand petroleum based products, was introduced. Derived from acrylonitrile and butadiene monomers, this new material became nitrile disposable gloves. Not only did they solve the need for higher chemical protection and resistance, the gloves were perfect for those with latex allergies. Overall, nitrile gloves were highly puncture resistant, latex-free, and offered a snug fit.

Today, nitrile gloves utility has widened into many industries. Its popularity has grown beyond medical markets and now includes industrial markets such as automotive, chemical, safety, and manufacturing. Recently, attention has broadened to replacing natural rubber latex examination gloves in safe handling and protection in food processing, food service, janitorial and sanitation applications.

Users of nitrile examination gloves cannot always control the environment in which they will be used, so choosing the right glove for the task is essential. From the perspective of comfort, nitrile softens rapidly on the skin to provide the most comfortable experience, even when the glove is used for extended periods. Close fitting nitrile provides enhanced tactility, especially with micro roughened fingertips. The texture of the glove will either lessen the surface friction or enhance the grip. Micro roughened texture is ideal for applications with additional grip to handle tools and small objects without disturbing patients or procedures. The aggressive texture is best for applications that need added surface contact and a stronger grip.

Thin nitrile examination gloves have many advantages. For one, they compete directly in price with latex examination gloves, yet offer significant other benefits. Nitrile is also inherently more chemical resistant than latex and thin film nitrile is able to dissipate heat from the hand faster, reducing sweating and skin irritation. It has been noted that relatively small decreases in the film thickness make a significant increase in heat dissipation. In addition, thin nitrile gloves offer significant environmental benefits because cases of gloves contain up to twice the quantity in the same volume, and storage costs throughout the supply chain are similarly reduced. Likewise, the cost of the disposal of the used product to landfill or incineration is significantly reduced.

What are the best disposable gloves for Mecha...